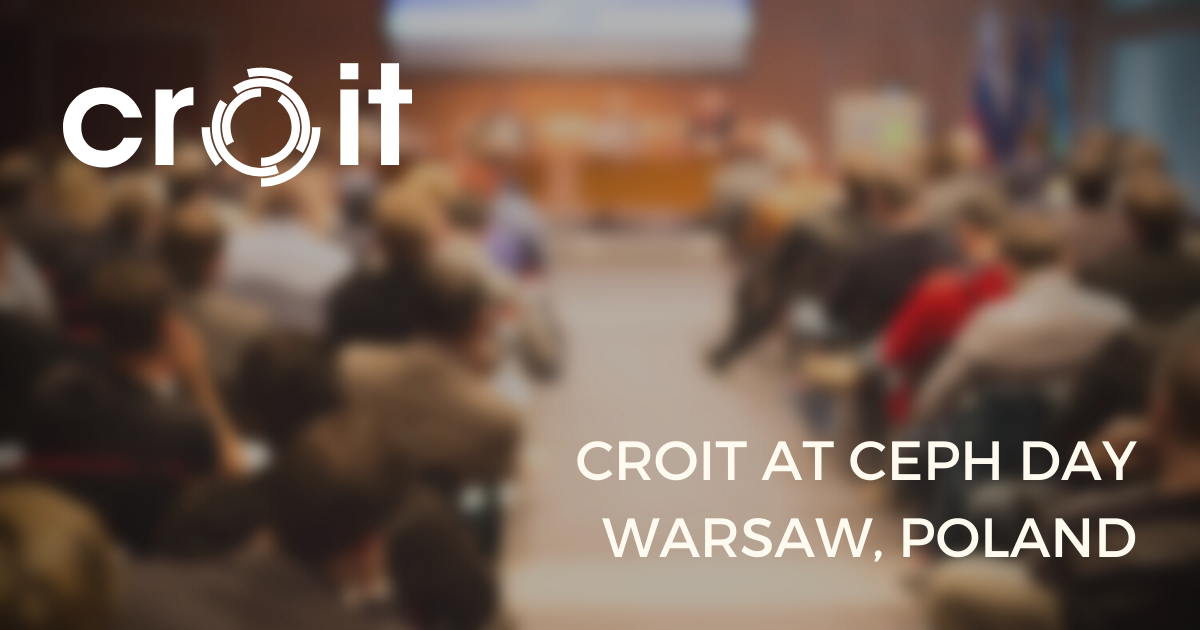 Co-Founders Martin Verges and Paul Emmerich were on stage in Warsaw to present their idea on the future of ceph storage management to the expert public. After introducing company and team, the young founders explained their motivation to find an innovative solution for managing ceph clusters.

“A huge amount of tailored scripts and many unnecessary night sessions” convinced backend developer and co-founder Paul Emmerich that it’s about time for a more intelligent solution for managing storage clusters. That’s where croit comes in: croit’s software enables the user to set up a ceph cluster in just a few minutes, as Emmerich showed the impressed Warsaw audience. A significant cost reduction and a clearly reduced downtime risk is the result promised by the young founding team, next to Emmerich consisting of frontend developer Matthias Grandl and Managing Director and initiator Martin Verges.

“With this first public beta release of croit’s storage management software any interested user worldwide will be able to set up a ceph cluster via a simple Vargrant demo setup,” Verges explained in Warsaw.

Emmerich also demonstrated the easy configuration of a S3 RESTful Rados Gateway, which further enhances the software’s use cases. “We are constantly working on further optimizing croit and making daily work with ceph clusters significantly more convinient and cost-efficient,” Emmerich gives an outlook on the further development focus of croit.

croit GmbH was founded on January 31st 2017 as young start up in the scale-out storage area by founders Martin Verges, Paul Emmerich and Matthias Grandl. Verges and Emmerich look back to over four years in managing ceph storage for data centers. Managing Director Verges has been founding a number of companies including the german data center First Colo GmbH, which has been decorated at EMEA 500 and voted one of the fastest growing technology companies in Germany by Deloitte four times in a row.