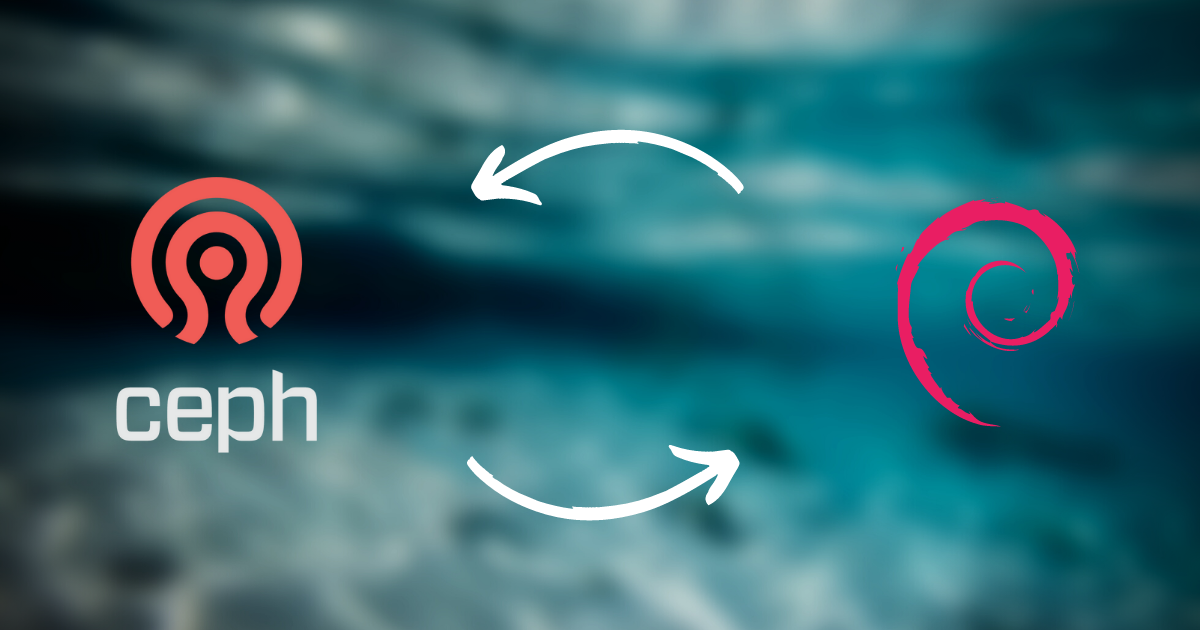 DEBIAN STABLE AND CEPH ARE GREAT

Debian stable is great distribution that we have been using as a foundation for our Ceph storage management solution since its inception. Unfortunately, stability and reliability come along with one limitation that every Debian user is familiar with: sometimes the software is old.

Old software can be a problem if you want to run the latest and best version of Ceph. In the past, there have been official mirrors for Ceph Luminous on ceph.com. However, Ceph moved to C++ 17 with Mimic which requires gcc 8 to be compiled which is not available on Debian Stretch.

To solve this problem for all Ceph users on Debian, we already announced an unofficial mirror on the mailing list in June 2018. For all those who are not active on the mailing list or didn’t see this thread, we would like to draw your attention again to the fact that our Debian/Ceph Mirror is still available and will be maintained in the future. All packages go through our internal tests and quality controls and are built based on our Mimic branch. We will sometimes backport fixes for bugs we have encountered in our deployments for these builds. Sometimes we also fix bugs ourselves in that branch, all fixes are of course also upstreamed to Ceph, but it might take a few versions until they are backported.

You can check out the mimic-croit branch in our GitHub repository to see what we are building. All Mimic builds are based on a 13.2.x tag in our repository. For example, the current 13.2.2 tag corresponds to the 13.2.2-1 debian package. It comes with an additional backport of one of our bugfixes and a backport of a critical CephFS bug fix; these two patches are the only difference between our 13.2.2 build and the upstream build. We hope to keep these differences as small as possible by helping with backports in upstream Ceph.

WHERE IS THAT MIRROR NOW?

As stated in our June 2018 release, the mirror was available at static.croit.io for testing. The new permanent URL is https://mirror.croit.io/debian-mimic/. If you have used the static host so far, you should switch to mirror.croit.io. However, we will maintain the old URL at least until end of 2018.

The new build depends on a newer version of libc than is shipped by default with Debian. Upgrading Ceph from our repository will also upgrade libc.

We have validated the compatibility with our image only, use at your own risk.